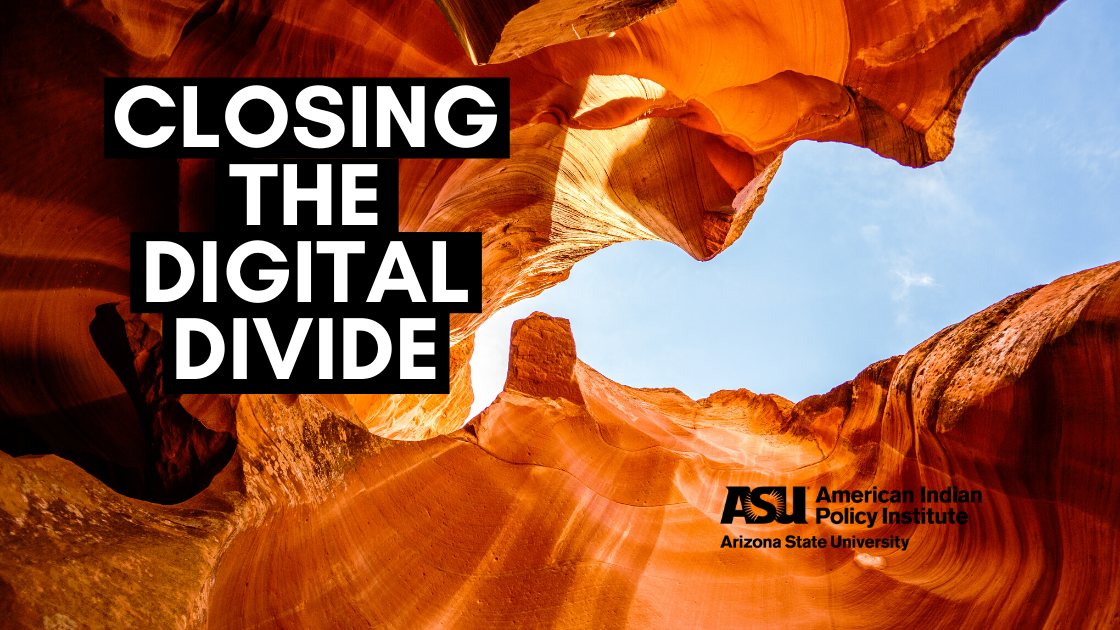 A new bill announced today by the co-chairs of the Congressional Native American Caucus would give tribes emergency authority of broadband spectrum over their lands, in an effort to greatly increase internet access for tribal nations grappling with COVID-19 pandemic response.

“Broadband has been an issue…in Indian Country, for a very long time,” Haaland said in an interview with The NM Political Report. “The pandemic has pulled back the blanket and the sun is illuminating these disparities.” She added that internet access should be viewed as a basic necessity, like home electricity.

“Tribal Nations have been hit hard during the COVID-19 pandemic, and the lack of robust broadband networks has only exacerbated the challenges they face,” said Geoffrey Blackwell, AMERIND Risk Chief Strategy Officer and General Counsel. “Tribal families and economies now face the worst effects of the long-standing Tribal digital divide. AMERIND serves hundreds of Tribes, and knows that the much-needed connectivity empowered by this important legislation will be a touchstone in the current relief and future recovery efforts in Tribal communities.” Blackwell is the president of the American Indian Policy Institute Advisory Board.

Inter Tribal Association of Arizona Executive Director Maria Dadgar said, “The pandemic has amplified the urgent need to address the significant digital divide that exists on tribal lands. Without adequate access to broadband and wireless networks, essential services such as online education, telemedicine, technology based business development and the provision of tribal government services are severely limited and keep Indian Country in a technological lag.” Dadgar is also on the American Indian Policy Institute Advisory Board.

The bi-partisan bill is called The COVID-19 Designation of Immediate Special Authority of Spectrum for Tribes’ Emergency Response (DISASTER) in Indian Country Act. It was introduced by Rep. Deb Haaland (D-NM-01) and Rep. Tom Cole (R-OK-04). The full text is available here. It is backed by 13 co-sponsors in the House of Representatives and has the endorsement of 159 tribes and numerous tribal organizations. Sen. Martin Heinrich (D-NM) is leading the introduction of the companion bill in the U.S. Senate.

The problem, according to a one-page companion to the bill, is that a “lack of access to broadband networks has left approximately 1.5 million people living on tribal lands without access to basic healthcare, public safety, and educational services.”

Due to the increased necessity of wireless services during this national crisis, lack of connectivity in Indian Country has left Tribes further behind in the digital divide resulting in devastating impacts of coronavirus on reservations.

These alarming rates are unacceptable during a national emergency. Regardless of where you live, everyone should have equal access to wireless broadband networks to access to life-saving health care, public safety, and educational opportunities during the COVID-19 crisis.

According to a press release, “This bill will provide the first opportunity for tribes to have access to wireless networks over their lands to adequately deploy wireless services for the first time in history. It also designates $300 million for tribal broadband deployment, repairs, and technical assistance through the USDA to immediately deploy networks.”