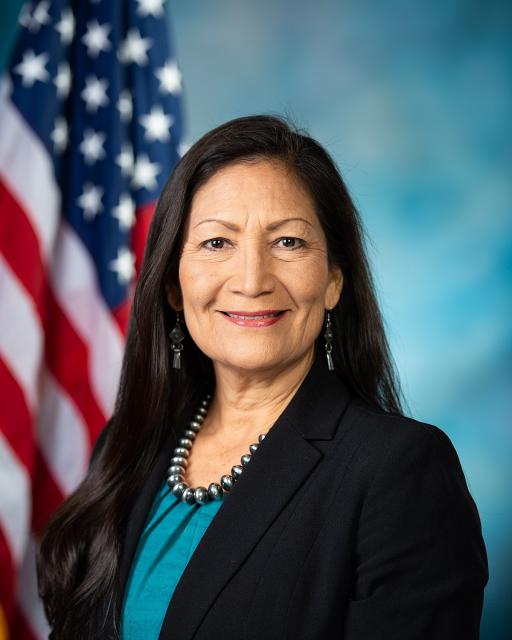 Today, President-elect Joe Biden made history in nominating New Mexico Congresswoman Deb Haaland for Secretary of the Interior. This Cabinet-level agency of the U.S. Government oversees and manages most federal lands and natural and cultural resources and administers Native American programs, including the Bureau of Indian Affairs and the Bureau of Indian Education, among others. Haaland is the first Indigenous person nominated for a cabinet-level position.
Haaland enjoys wide support from Native Nations and individuals. As the news broke on the internet, Native peoples and organizations erupted in a show of emotion and support for Congresswoman Haaland, a well-liked and approachable figure in the Nation and in Indian Country.
Gila River Indian Community Governor Stephen Roe Lewis and AIPI Advisory Board President stated “History was made today when President-Elect Biden nominated Congresswoman Deb Haaland to be the first Native American Secretary in the 170 year history of the Department of the Interior.  President-elect Biden said Indian Country will have a seat at the table – and now – the person across the table from us will be a Native American.  It is a proud day for the Gila River Indian Community and Indian Country. “
Patti Hibbeler, CEO of the Phoenix Indian Center and Secretary of the AIPI Advisory Board of Directors, said “The confirmation of Deb Haaland as President-elect Biden’s appointment for Secretary of the Department of Interior is the right choice.  She knows the issues and will execute her exemplary leadership with a great understanding of the diverse and differing opinions within this great country. It is time for a caring, competent leader that only an American Indian woman can bring to the job, ultimately influencing others behind her.”
AIPI Executive Director Dr. Traci Morris said of the nomination, “This is an absolute game-changer; to have a Native American former congresswoman running the agency that administers Native American programs.  As a lawyer, she understands the Federal Trust Relationship and the obligations to American Indian and Alaska Natives. But further, Indigenous issues are American Issues, and as this agency stewards lands, waterways, and wildlife--our environment--all Americans care about these issues. She will do a phenomenal job, and AIPI looks forward to working with her and her office.”
Ms. Haaland is a member of the Pueblo of Laguna and serves New Mexico District 1, including the City of Albuquerque.  Ms. Haaland is a veteran that served in the Navy and was raised in her traditions. She has a law degree from the University of New Mexico.
Tags: