The Complicated Legacy of Indian Education 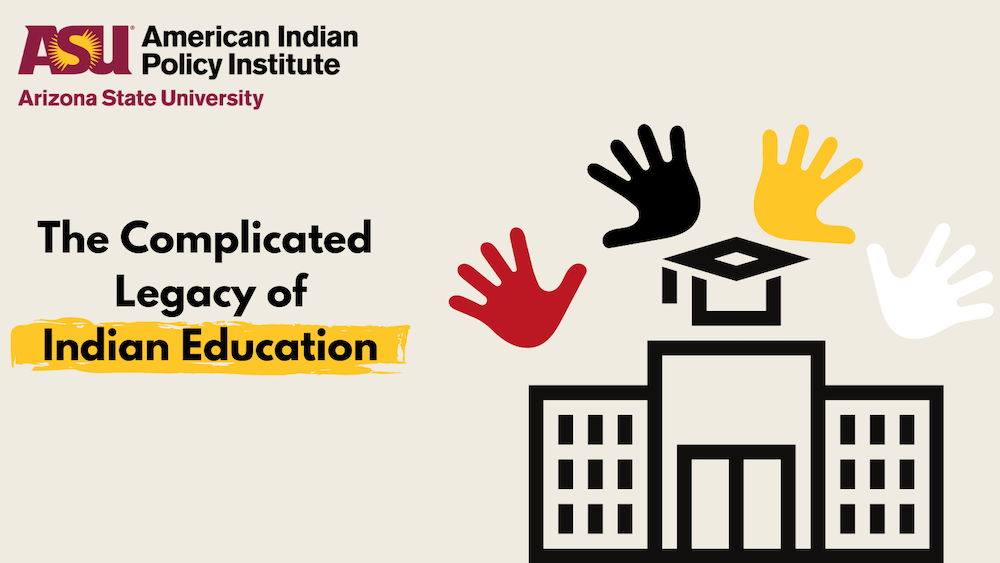 Earlier this year, the AIPI was a partner with the Virginia G. Piper Center For Creative Writing under their prestigious award from the National Institute of the Arts Grant The Big Read.  The goal of this program is to expose communities to diverse books and perspectives they may never have otherwise discovered. So, as a newcomer to Phoenix, when I saw that the Phoenix Indian School was one of the locations and a  part of The NEA Big Read: Phoenix I immediately jumped at the opportunity to view the webinar, and later, tour the school. After listening to the stories from two former students, and learning about the school’s history from my tour guide at the visitor center, I couldn’t help but reflect on the nuance surrounding the history of Indian education.

What initially struck me about the Phoenix Indian School was the general sense of fondness that alumni described when speaking about their time at the school. As I explored more of the history through exhibits and memorabilia, I was pleasantly surprised to learn that the Phoenix Indian School was a place where students were encouraged to speak their traditional language and embrace their distinct cultural identities.  What also captured my attention is the photos of student athletes, or others who played in the school band. As I absorbed the glossy images on the walls, I took comfort in knowing that the Phoenix Indian School served as a place to encourage Native culture, but I was also reminded of the larger history of Indian education in the U.S.

To say that Indian education has historically been a traumatic experience for many Native Americans is an understatement. I remember hearing horror stories from my own community, and through my summer work  at The National Native American Boarding School Healing Coalition detailing the abuse and neglect that often took place in schools across the United States.  It is also important to note that unlike the Phoenix Indian School, many Indian Boarding Schools in the country often forbade students from speaking their traditional languages and engaging in their cultures and traditions. Understandably, the amalgamation of these experiences often resulted in intergenerational trauma and a mistrust of the broader educational system.

Going forward, it is important to remember our past while advocating for a better future for Native American students. One of the key ways to do this is through public policy, an example being  HB2705 which was recently signed into law in Arizona. As outlined in our April (AZ) legislative update, this law states that students who are enrolled in a federally-recognized Tribe, and also attend a public or charter school are permitted to wear Tribal regalia or items of cultural significance for graduation ceremonies. The success of HB2705 is something that should be celebrated, but also serves as a reminder that there is more work to do on behalf of Native students. Through advocacy and public policy, we as Native people have a responsibility to create educational environments for our youth to foster the next generation of Indigenous leadership.