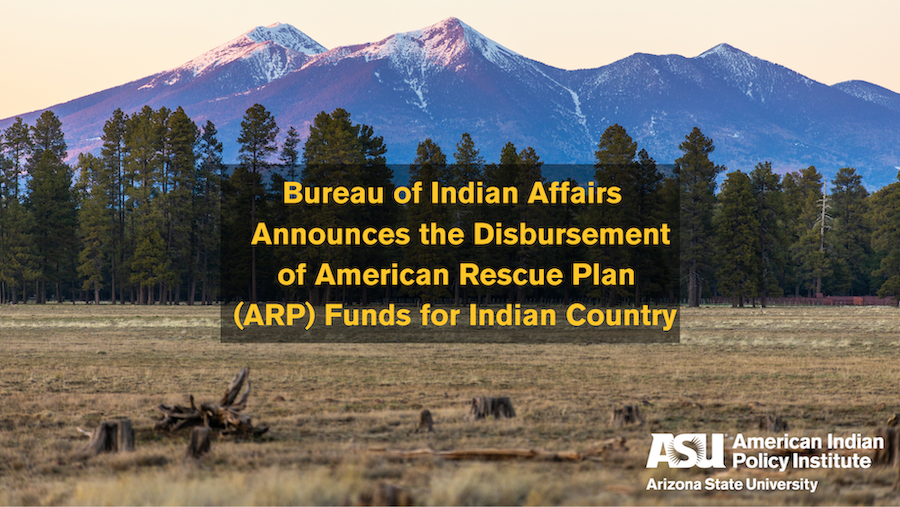 The American Rescue Plan Act (ARPA) granted a total of $31.2 Billion to Indian Country, including the agencies that serve Tribal nations. The bill was signed on March 11, 2021, and federal agencies are still currently working on the disbursement formulas for the ARPA funds.  However, on Friday, April 30, 2021, the Bureau of Indian Affairs (BIA) announced their plan to disperse the $900 million appropriated to them in the ARPA.

The BIA held three Tribal Consultations to gather input from Tribes regarding the disbursement of the $900 million ARPA funds. A major point of discussion at the consultations was the method to be used to determine Tribal enrollment. A majority of the comments collected by the BIA were in favor of using Tribal enrollment data certified by Tribes themselves. Therefore, the BIA developed the following formula to disburse the $700 million going to federally recognized Tribes:

The disbursement of funds is expected to take place over the next few weeks. Further explanation on the BIA’s funding methodology for other areas such as potable water delivery and housing development can be found here.