The Intersection of Activism and Academia 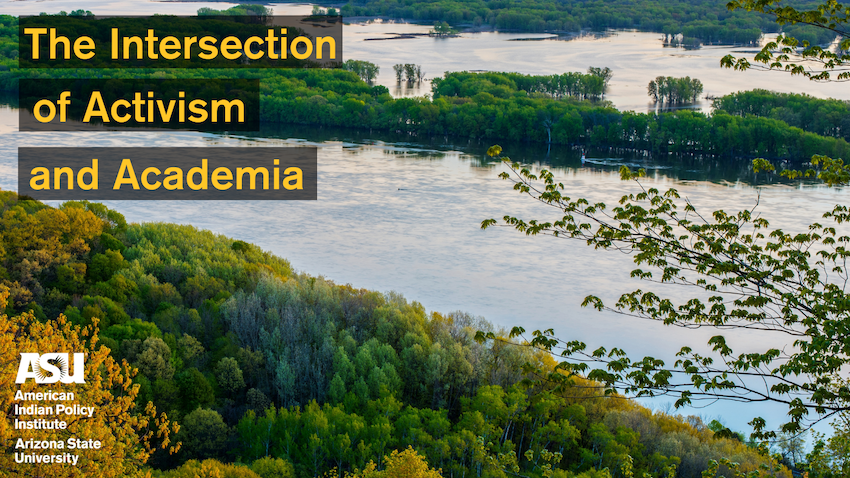 This past weekend (June 5th - 7th) I went to the White Earth Nation in Northern Minnesota to witness the Treaty People Gathering on Treaty rights and Tribal sovereignty. This event brought together more than 1,000 people from across the country to learn about Tribal sovereignty, Treaty rights, and Missing and Murdered Indigenous Women (MMIW) surrounding the Line 3 Pipeline.

Line 3 is a pipeline that runs through North Dakota and Minnesota through to Wisconsin. It is called a replacement pipeline project because it takes an older pipeline out of commission and replaces it with a new pipeline. This replacement project, however, runs along a new route, which crosses over 200 bodies of water, including the Mississippi River and Wild Rice lakes. This is problematic because it has the potential to cause irreversible environmental damage and devastation to several Tribes in the area. To understand this issue, it is necessary to know the history of the land.

The Anishinaabe in Northern Minnesota, called the Ojibwe, have lived in the Great Lakes region for thousands of years. They entered into treaties with the United States where they ceded land, but they never ceded their right to hunt, fish, and gather on the land. These are legally known as usufructuary rights, and they are critical for understanding the current fight for Tribal sovereignty in Northern Minnesota. Wild rice, called manoomin in Anishinaabemowin, is a food specifically named in the treaties. It is culturally significant, and it is an important part of the Tribal economies of the Ojibwe.

White Earth Nation, Leech Lake Nation, and the Mille Lacs Band assert that the government and the company constructing the pipeline should have held Tribal consultations. The pipeline crosses Treaty land where the Tribes have usufructuary rights, and a leak from the pipeline could impact the lakes, devastating the wild rice. Tribal consultations are one way that government-to-government relationships are enacted that respect Tribal sovereignty. Some speakers highlighted how the federal National Environmental Policy Act slowed down projects but often failed to stop them.

The events of last weekend focused on protecting the water and wild rice. Indigenous elders performed a water ceremony, and Indigenous leaders established a camp on the banks of the Mississippi River near a construction site of the Line 3 pipeline. Line 3 is a pipeline that runs through North Dakota and Minnesota through to Wisconsin. It is called a replacement pipeline project because it takes an older pipeline out of commission and replaces it with a new pipeline. This replacement project, however, runs along a new route, which crosses over 200 bodies of water, including the Mississippi River and Wild Rice lakes.

I attended this action as a witness to how Indigenous peoples are speaking up for Tribal sovereignty. This pipeline project is controversial and has divided the Ojibwe Tribes. White Earth Nation, Red Lake Nation, and the Mille Lacs Band are currently litigating the route of the pipeline in court. The Fond du Lac Band and the Leech Lake Band are not involved in disputing the pipeline.

For many people in the region, myself included, this issue goes beyond politics and resonates on a deeply personal level. As Indigenous people, our identities are inextricably tied to the well-being of the land. When I look at the landscape threatened by the proposed pipeline, I see generations of history and stewardship. I am a citizen of the Cherokee Nation, and I grew up in Northern Minnesota, mere miles from the new pipeline route. I recognize the relationship that the Anishinaabe have with the lands and waters, and I spend time going to talk to the water, establishing a relationship with it.  I am also a Research Professional at the American Indian Policy Institute (AIPI), where our work focuses on developing solutions and change based on research and policy analysis.

Speakers at the gathering also highlighted the ways in which the pipeline project intersected with MMIW: They described the development of man-camps and the harassment of women and girls in towns near the pipeline project. Actress and activist Jane Fonda briefly appeared to speak to the gathering in opposition to Line 3. Winona LaDuke, executive director and co-founder of Honor the Earth and citizen of White Earth Nation, spoke and described how long she had been working against the pipeline. She then introduced Mary “Missy” Crow, a citizen of Eastern Band of Cherokee, who has been fighting a fossil fuel project in the Qualla Boundary. More than a 1,000 people learned about how all of these issues interconnect in Indian Country and how non-Natives should consider themselves Treaty people because everyone in the U.S. is subject to the treaties as the “supreme Law of the Land.”

The gathering took place over a few days and culminated in the walk to the Mississippi River Banks. A few hundred people went to a different location to physically shut down the pipeline production, but most of the people joined the walk to the river banks for the water ceremony. Along the walk, people sang songs and held signs or large art pieces. After the water ceremony, Indigenous leaders established a new camp directly on the banks of the river near where a pipeline crossing was being built.

Throughout the days of the gathering, speakers talked about the research that had been done to show the impact of Line 3 on the waterways. They mentioned the role of policy in protecting Treaty rights and Tribal sovereignty. Those are the areas in which AIPI works. Tracking Indigenous climate actions is one of our goals: This will allow us to determine patterns in order to develop research and policy to support movements that address climate issues.

AIPI also works on research around Tribal broadband. It bears mentioning that people who were not from White Earth complained about the lack of cell phone reception and unstable Internet connections while at the gathering. This once again emphasizes the need for greater access to broadband in Indian Country. Connectivity and communication are the foundation for sustainable action on many issues in Indian Country. They are important tools as we organize and advocate for the environment and for our communities across the U.S.

I left the gathering with renewed hope, and I was excited to go back to my work at AIPI, especially my work on Tribal broadband. Research and policy analysis are critical to what activists do on the ground as they provide needed context and resources to these community issues. Each one of us has a role to play in creating change and working towards a future where Tribal sovereignty and Treaty rights are fully recognized. My role is here at the American Indian Policy Institute doing the research that helps to empower our communities. H Trostle (they/them) is a citizen of the Cherokee Nation and a Research Professional at the American Indian Policy Institute. Their research is primarily on Tribal broadband. They have a Master’s in Urban and Environmental Planning from Arizona State University where they focused on Indigenous Planning. Their family’s home is along the Line 3 replacement route in Northern Minnesota, and they have been following the Line 3 project for several years.