Taking Care of Our First Mother 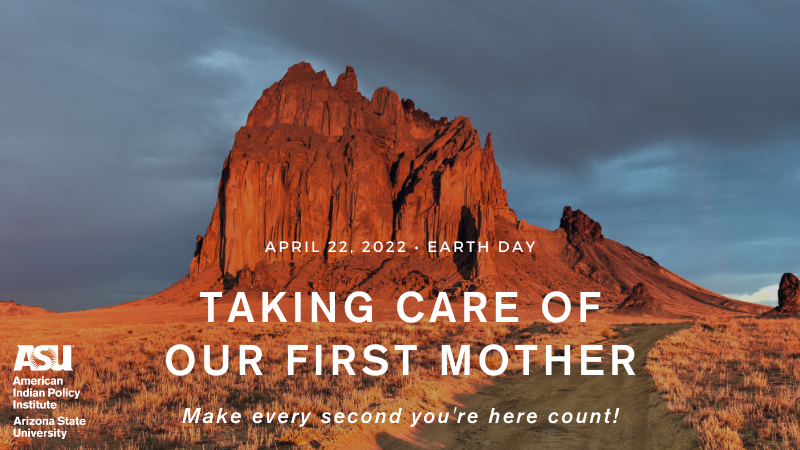 As inherent stewards of the land, Tribal Nations are already taking action. Yale 360 documented how the Swinomish are revitalizing their relationship with the ocean by building a clam garden that will be resistant to climate change. In talking about the climate change initiatives, Swinomish Tribal Senator Joseph Williams told Yale 360, “As long as we keep our kids excited about taking care of our environment, things remain optimistic.”

Many Tribal Nations have already created Climate Adaptation plans and begun future-focused projects. The Fond du Lac Band of Ojibwe are focusing on energy efficiency projects. They have created new public housing following Minnesota Green Energy Guidelines. Even Fond du Lac Band students are taking action: eighth graders initiated a “No More Idling” campaign for school buses and both the School Board and the Reservation Business Committee implemented the policy. The Upper Snake River Tribe Foundation, a partnership of four Tribal Nations, built a Climate Change Vulnerability Assessment for their region. They identified key species and how they are being impacted by the changing climate. The focus is on integrating Western science and Indigenous knowledge of the environment. The U.S. Climate Resilience Toolkit provides many more case studies of Tribal actions,

What can you do in your community today? The Imperial College of London has outlined some steps everyone can take to begin to make change: Eat less meat and dairy because these are major sources of greenhouse gasses. Try to avoid flying as much as possible, and carpool or use public transit (if it’s available in your community). Find ways to reduce your energy use at home. And of course, talk to the leaders in your community about what you want to see in the future, what values you hold, and what you all can do together.