Avoiding an Undercount in the 2020 Census 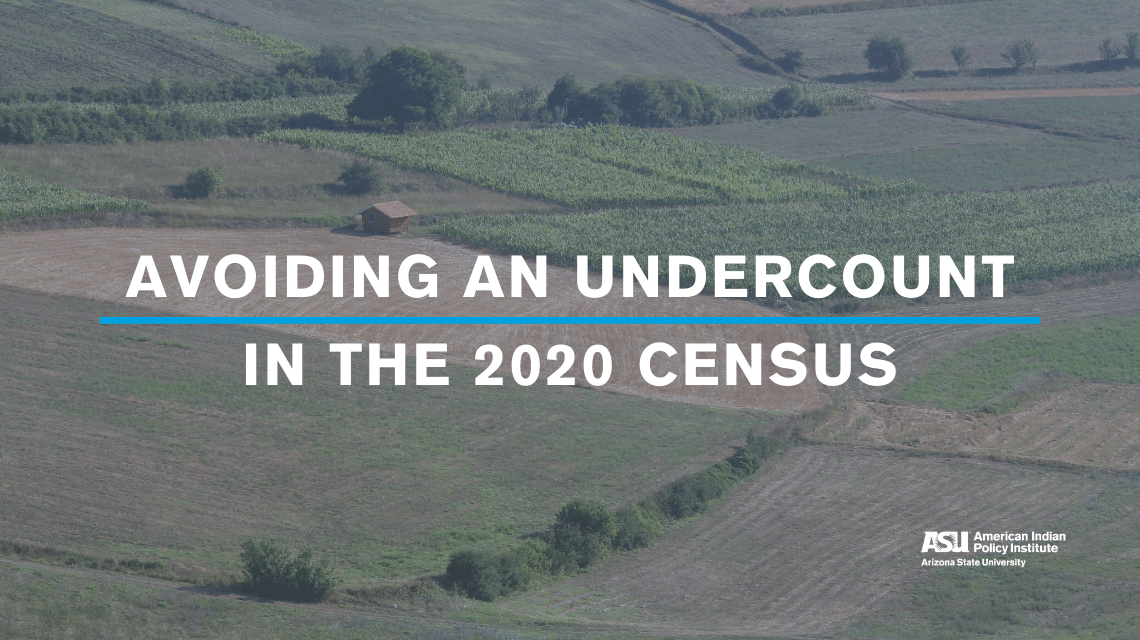 The 2020 Census continues despite slowdowns caused by the coronavirus pandemic. Individuals can still respond to the census online. If you have access to the internet, even for just a short time, visit https://my2020census.gov to complete your census form. It only takes about 10 minutes. Self-response is available through October 31.

Why is it important to fill out the Census? Census data is used to determine everything from political apportionment and redistricting to funding for healthcare, policing, social welfare, etc. This includes things like the National School Breakfast and Lunch Programs, Temporary Assistance for Needy Families, Indian Housing Block Grants, Violence Against Women Formula Grants, Native American Employment and Training, Urban Indian Health Services, and Supplemental Nutrition Assistance Programs (SNAP).

“Undercounting results in Native peoples being denied a full voice in policy decision-making,” said The Leadership Conference Education Fund. “As a result, their community’s different needs may not be represented or prioritized according to their real share of the population.”

The 2010 Census resulted in an undercount of 4.9 percent for American Indians, which in turn led to underfunding for programs and grants in tribal nations. Indigenous leaders hope to avoid an undercount, which could be devastating for tribes, this year. In light of the current pandemic, being counted in the census is being seen as a “necessity” for the future.

Unfortunately, in recent weeks, reports have indicated that the country is already on course for an undercount of Native people in the 2020 Census. One area in Alaska has seen a response rate of less than 5 percent. “The Navajo Nation's current self-response rate is 0.8 percent of the population, last recorded at 173,667 in 2010,” according to The Hill. Our Census Response Tracker blog post explains this disparity, but it is no less alarming.

This is a call to action. Remind your friends, relatives, aunties, uncles, grandparents to fill out the census. Provide them with the resources necessary, if you are able. Make sure Indian Country Counts!