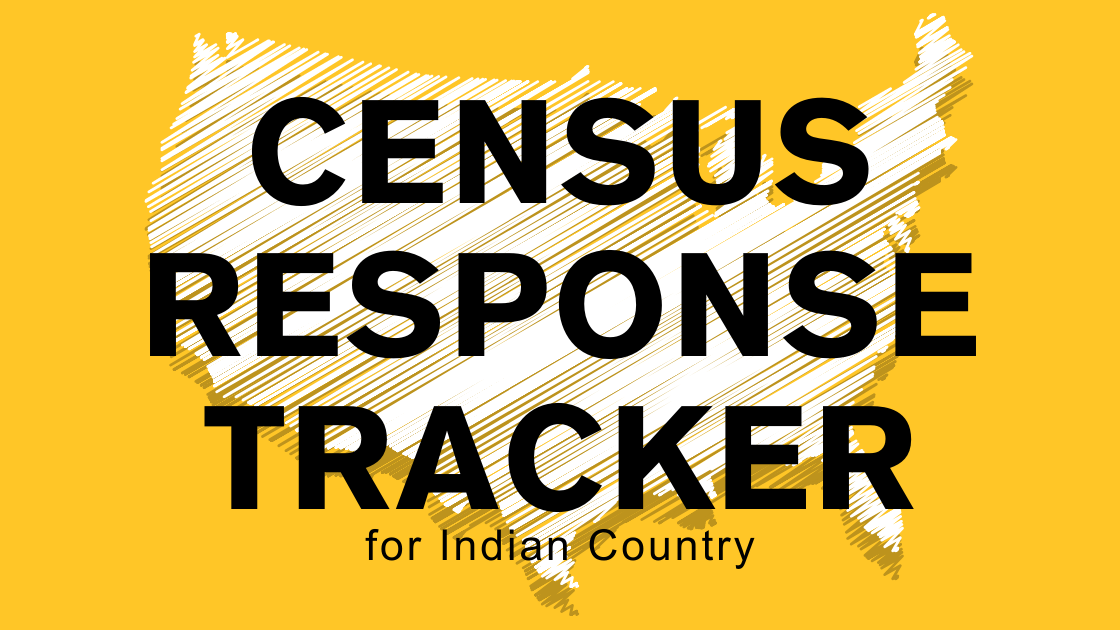 Welcome to the 2020 Census Response Tracker for Indian Country

Below are the current response rates for tribal lands in Arizona. To view other tribal lands according to their designated Census Area, visit https://2020census.gov/en/response-rates.html.

The last Census resulted in an undercount of 4.9% in Indian Country. This year, tribes and tribal organizations, such as the National Congress of American Indians, have declared it imperative that the federal government record an accurate accounting of Indian Country. Everyone must respond to the Census. Do not allow Indian Country to be underrepresented in the national census.

Note: The web tools presented below were developed by the U.S. Census Bureau in partnership with Tableau. The data are drawn directly from the U.S. Census Bureau. Figures are updated daily. Due to the large amounts of data, this webpage may load slower than normal. Tim Olson, Associate Director of Field Operations for the U.S. Census Bureau, gives a short explanation (~ 3 minutes) of the response rate mapping tool in this May 26, 2020 video:

Why Do Tribes Have Such Low Response Rates?

The COVID-19 pandemic has delayed Census Bureau field operations, including efforts to reach residents of tribal lands. The Census Bureau conducts an operation called Update Leave, which provides rural Americans, who do not have traditional city-format addresses, including those living on tribal reservations, with the materials they need to respond to the Census.

The Census Bureau sent workers into the field to conduct Update Leave on March 15, but the operation was shut down after only three days because of the COVID-19 pandemic.

Due to the delay in operation Update Leave (so-called because census workers update physical housing unit addresses and leave census response packages for residents), tribal lands currently lag behind the rest of the nation in Census response rates. However, Update Leave has recently resumed operations in many areas. The Census Bureau has said it is waiting to receive go-ahead approval from tribal nations to enter their lands and begin or resume Update Leave.

The Census Bureau cannot use P.O. Boxes or rural route addresses. It says, “For 95 percent of the country, we can link responses to the right place by using a mailing address. This doesn’t work in some communities. For example: If the post office delivers your mail to a PO Box, we can’t count you at the post office or follow up with you there if you don’t respond. Rural route addresses (e.g., RR5, Box 9) may represent a mailbox along a roadside, not necessarily your home’s location, making it harder to count you in the right place.”

After confirming a housing unit’s physical location and updating its address, Census workers will leave a package containing a 2020 Census Invitation, which includes a unique Census ID, just like the ones mailed out in cities across the country.

The Census Bureau asks that individuals wait to respond until they receive an invitation containing their home’s unique Census ID. It says, “Responding with your Census ID ensures you are counted in the right place.” The deadline to respond to the Census has been extended, so everyone will have time to fill out a Census questionnaire using their unique Census ID, but, they say, “If you don’t respond when you receive your Census ID, a census taker will visit later to collect your responses in person.”