Maria Tallchief and the Five Moons 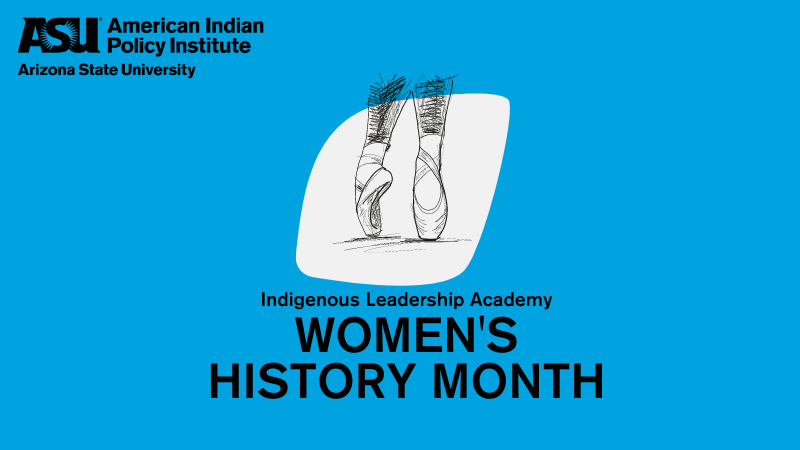 The Indigenous Leadership Academy is currently ongoing. Stay tuned to see updates about the program!

“Revolutionary,” “electrifying passion,” and “dazzling audiences with her speed, energy and fire.” These are just some of the words used to describe the dancer, Maria Tallchief (Osage). When choosing who to write about this for this blog during Women’s History Month, I kept thinking of Indigenous women politicians. I considered it until I was speaking with my coworker, Sadie Vermillion who holds a bachelor of arts in dance. She suggested I write about Maria Tallchief. I thought that was a wonderful idea.

Then, when reading about these sisters I learned about the Five moons. The five moons were five Native American ballerinas from Oklahoma who were famous internationally during the 20th century. They were Maria Tallchief, Marjorie Tallchief, Myra Yvonne Chouteau, Rosella Hightower, and Moscelyne Larkin.

What I enjoyed learning about was all the collaborating and working together that was going on with the Tallchief sisters and the five moons. The group genuinely seemed to uplift one another. They collaborated on a ballet together and they broke down barriers within the ballet world. Henana, pidamaya ye (that is all, thank you). Kristen